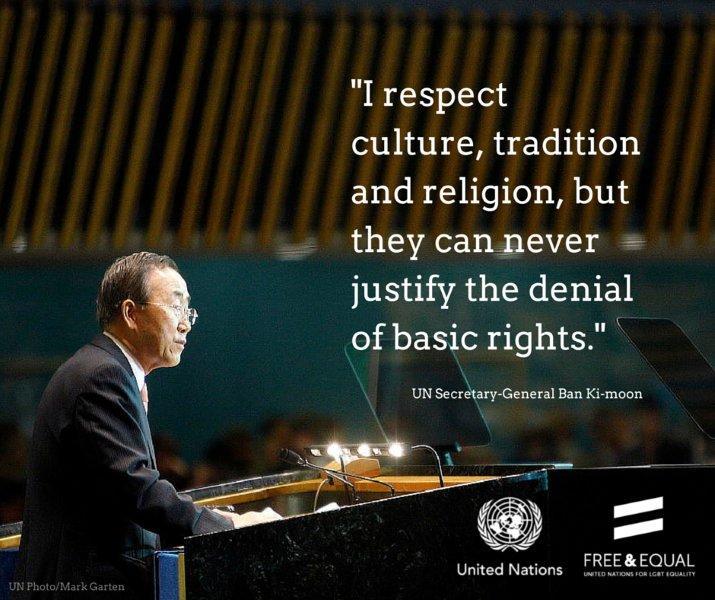 “My promise to the lesbian, homosexual, bisexual and transgender members of the human family is this: I’m with you. I promise that as Secretary-General of the United Nations I will denounce attacks against you and I will keep pressing leaders for progress.” 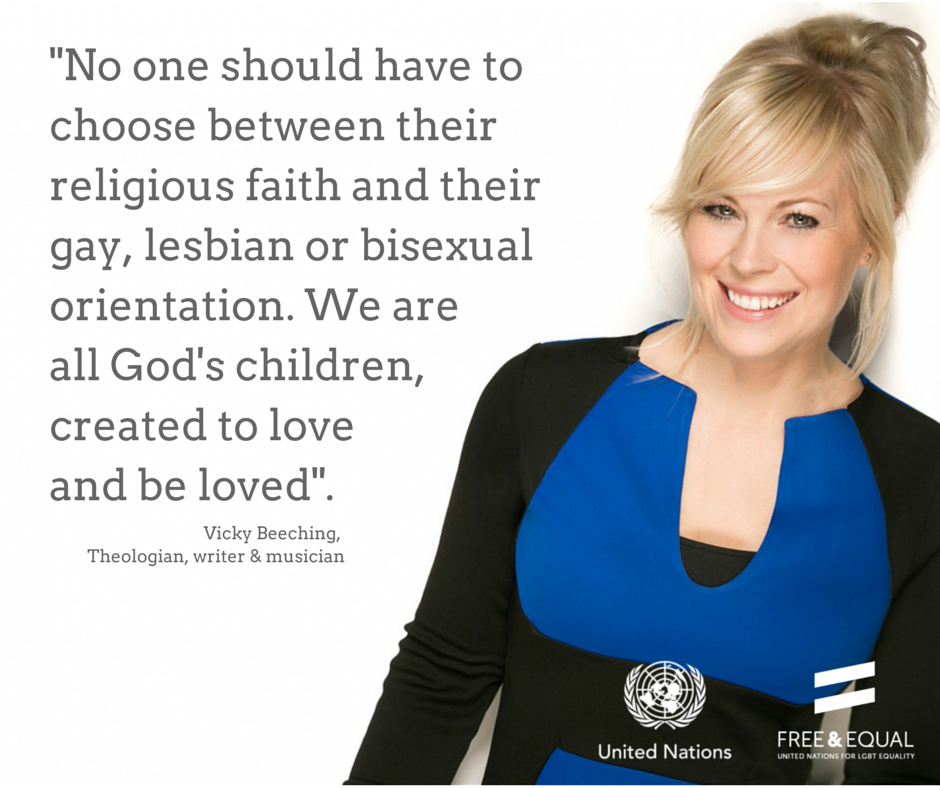 VICKY BEECHING CALLS RELIGION BACK TO ITS ROOTS OF LOVE

Vicky Beeching is a former Christian music star and a popular religious commentator and media personality. She has emerged as a leading voice for Christian acceptance of lesbian, gay, bisexual and transgender people. In 2014, she came out in an interview with a national UK newspaper. "No one should have to choose between their religious faith and their gay, lesbian or bisexual orientation. We are all God's children, created to love and be loved..." 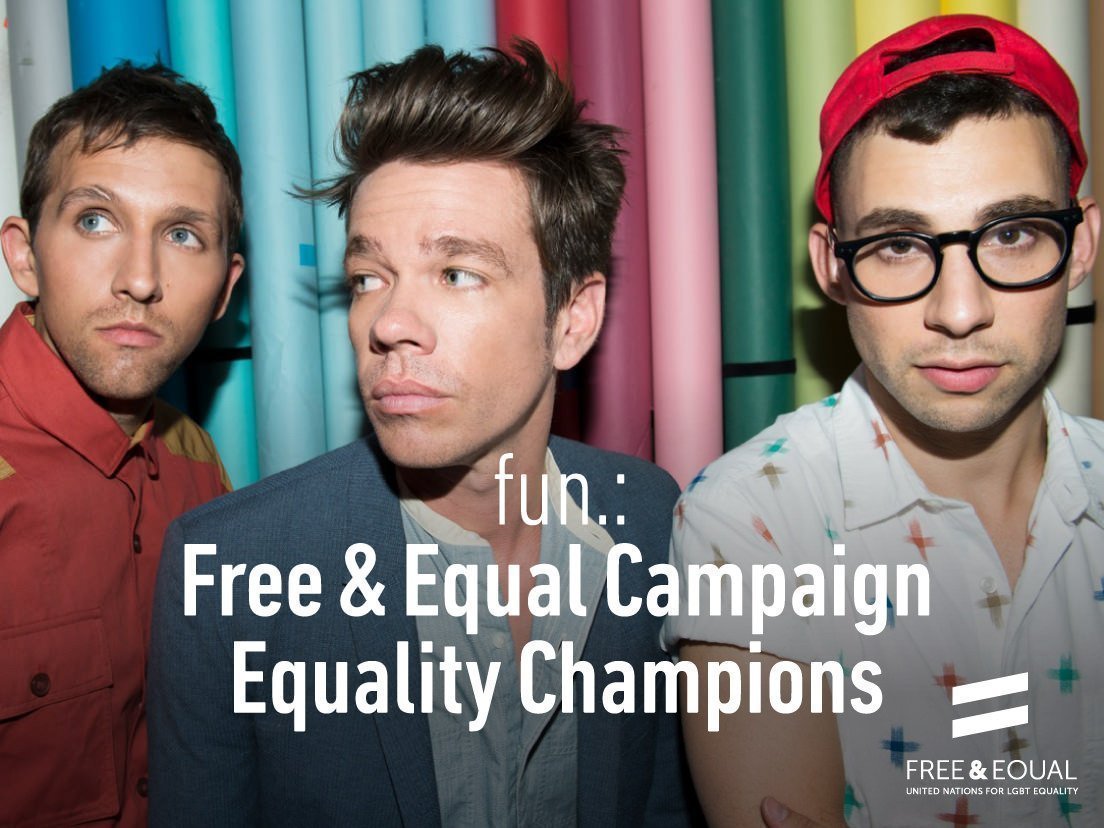 fun., comprised of Nate Ruess, Jack Antonoff, and Andrew Dost, earned two Grammy wins for their 2012 album Some Nights, including Best New Artist and Song of the Year for the 5x-RIAA platinum “We Are Young.” Bolstered by the massive global success of “We Are Young,” as well as the 4x platinum title track, “Some Nights,” and 2x platinum song “Carry On,” Some Nights debuted at #3 on the Billboard 200 and has since been certified platinum. The band, known for its captivating live shows, continues to perform to sold-out crowds around the world. In 2012, fun. partnered with designer Rachel Antonoff to create The Ally Coalition. The Ally Coalition raises awareness about LGBTQ equality and provides resources for people to take action. 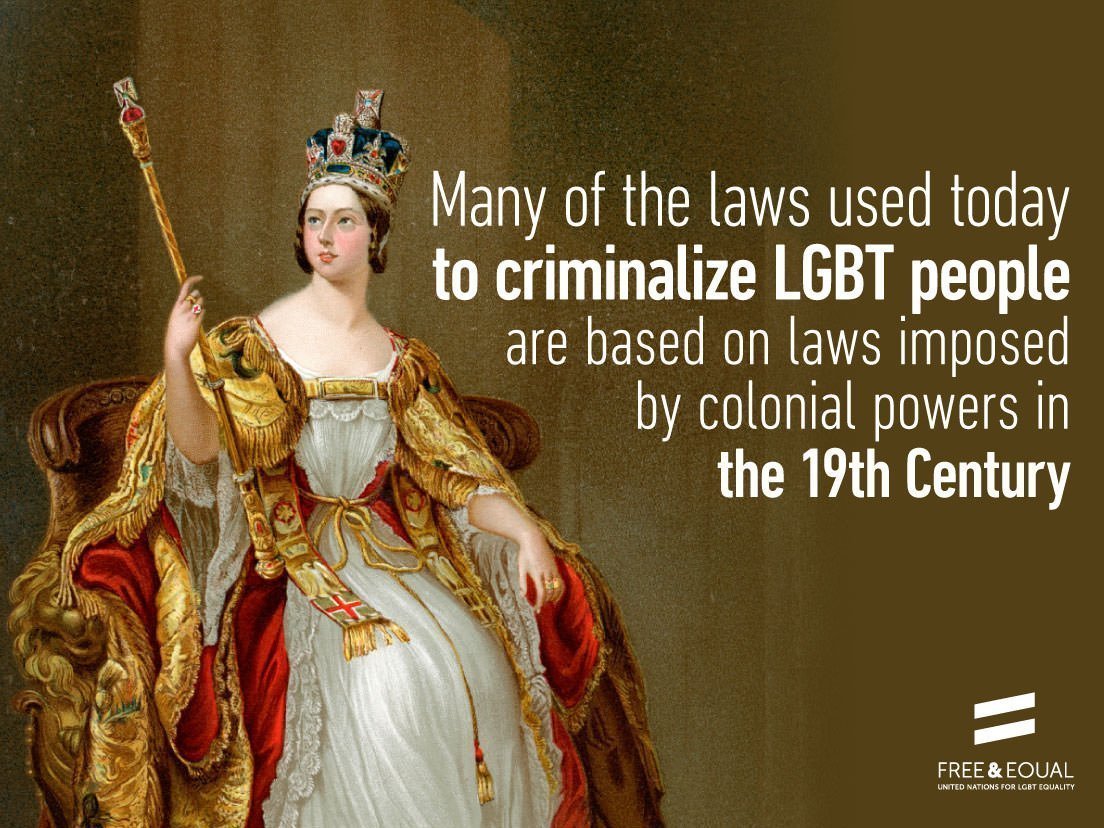 WOULD YOU WANT TO LIVE IN THE COLONIAL ERA?

Anti- #LGBT laws were spread through colonization, but LGBT people have existed forever! While colonies have been dismantled, these laws live on. It’s time to change that. 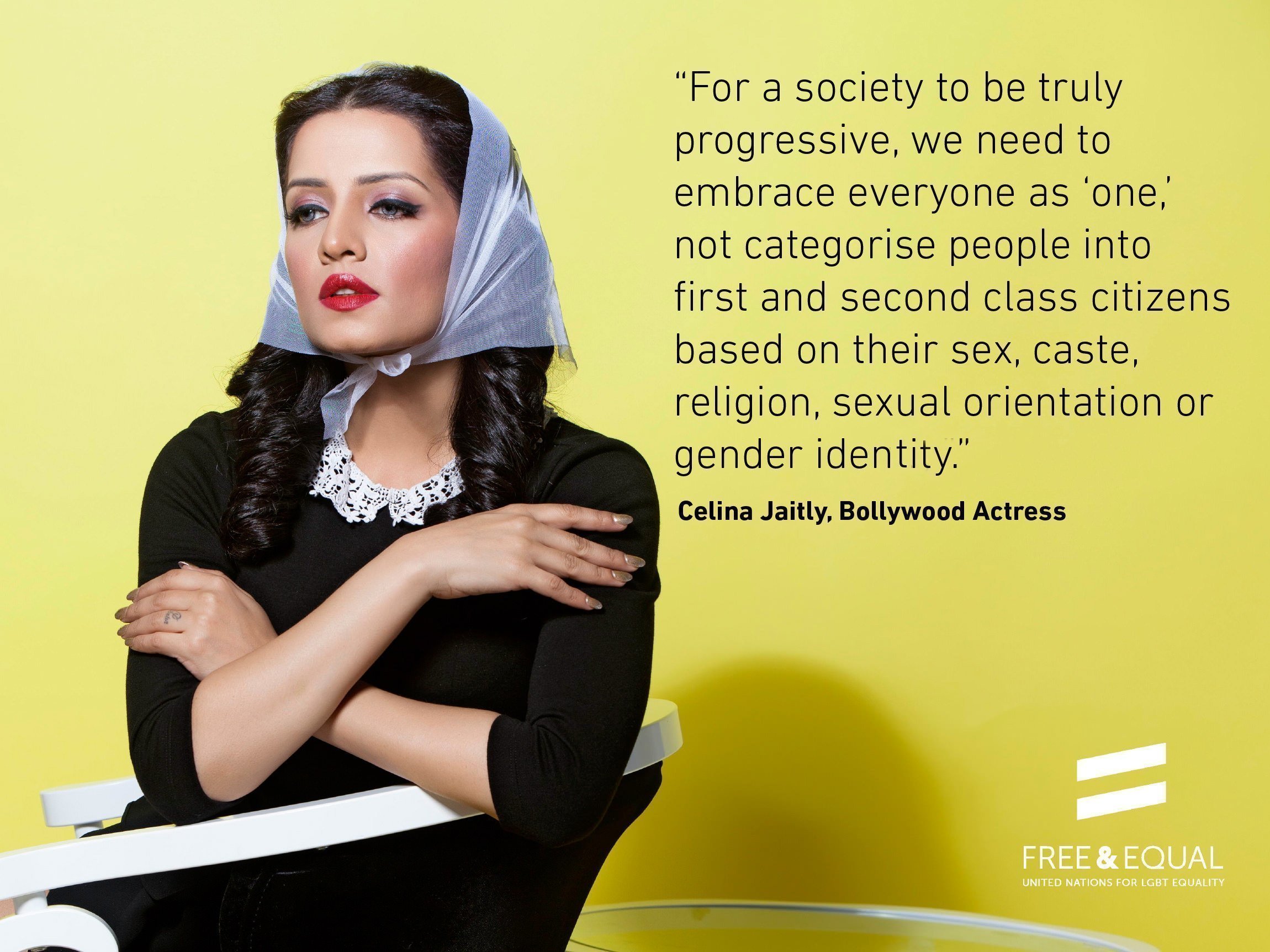 THIS BOLLYWOOD STAR KNOWS EQUALITY IS FOR ALL 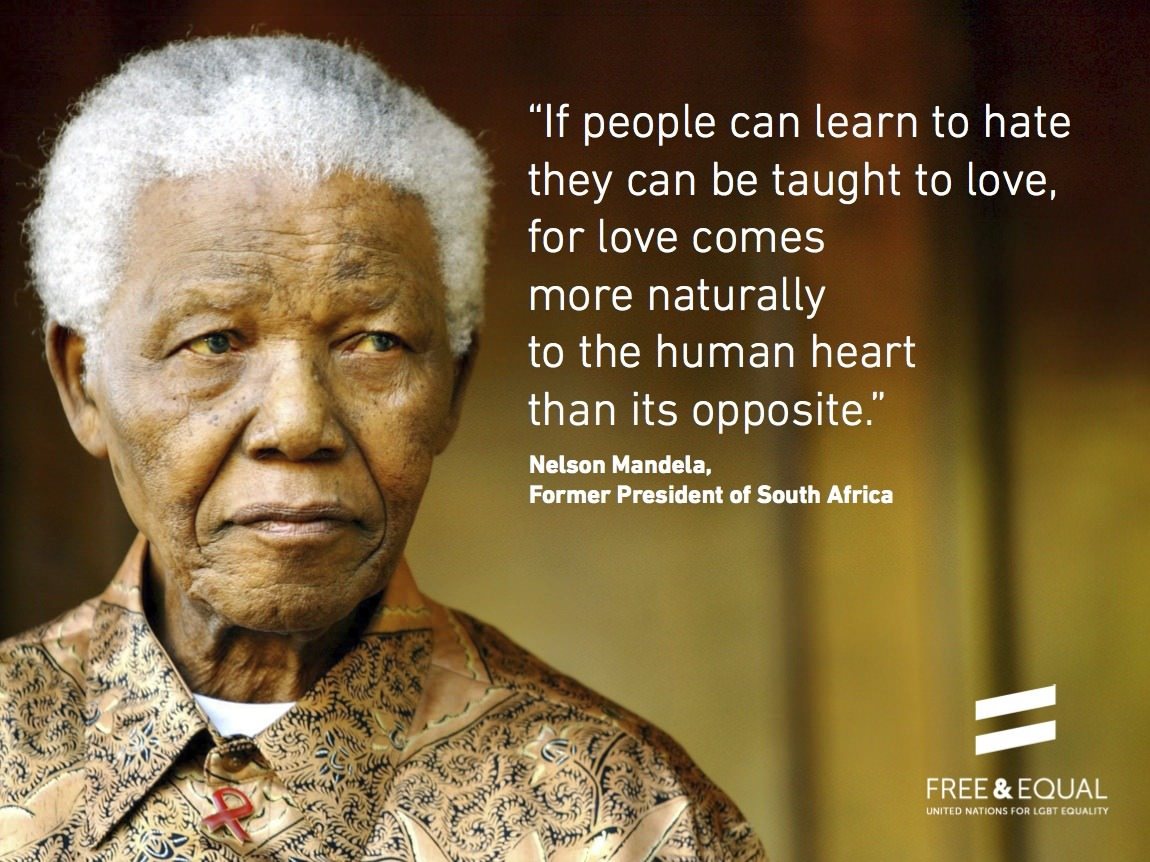 Nelson Mandela led the fight for equality in multiple battles, and his message that love is stronger than hate lives on. 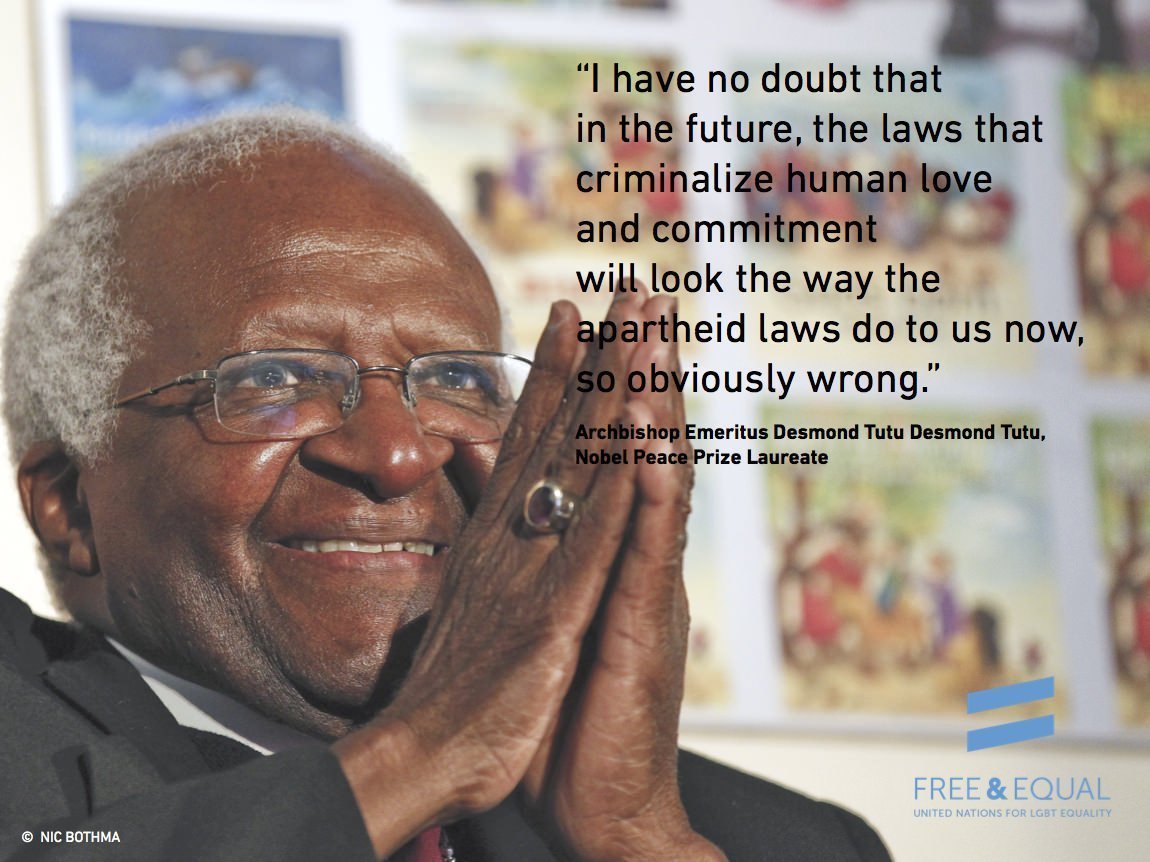 A REMINDER FROM A NOBEL LAUREATE

Archbishop Emeritus Desmond Tutu knows all too well about struggles for equality. The Nobel Peace Prize Laureate calls for fair treatment for all. 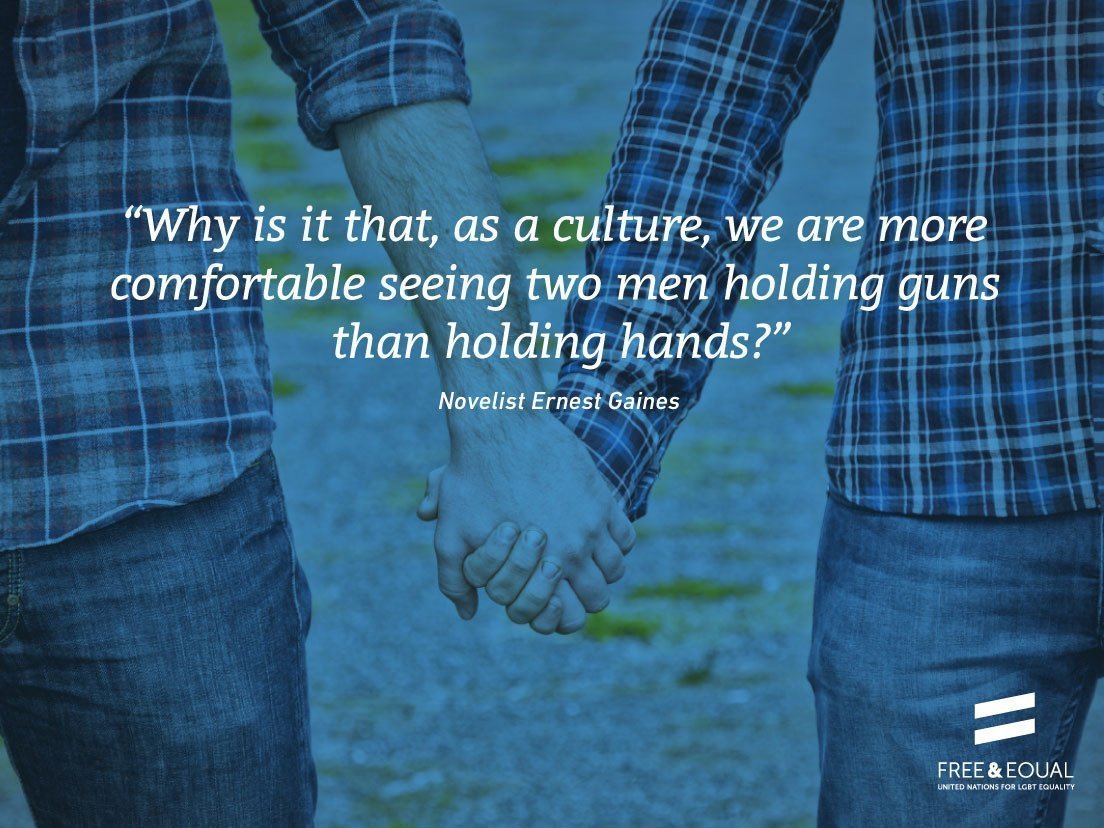 WOULD YOU RATHER SEE TWO MEN HOLDING GUNS – OR HOLDING HANDS? 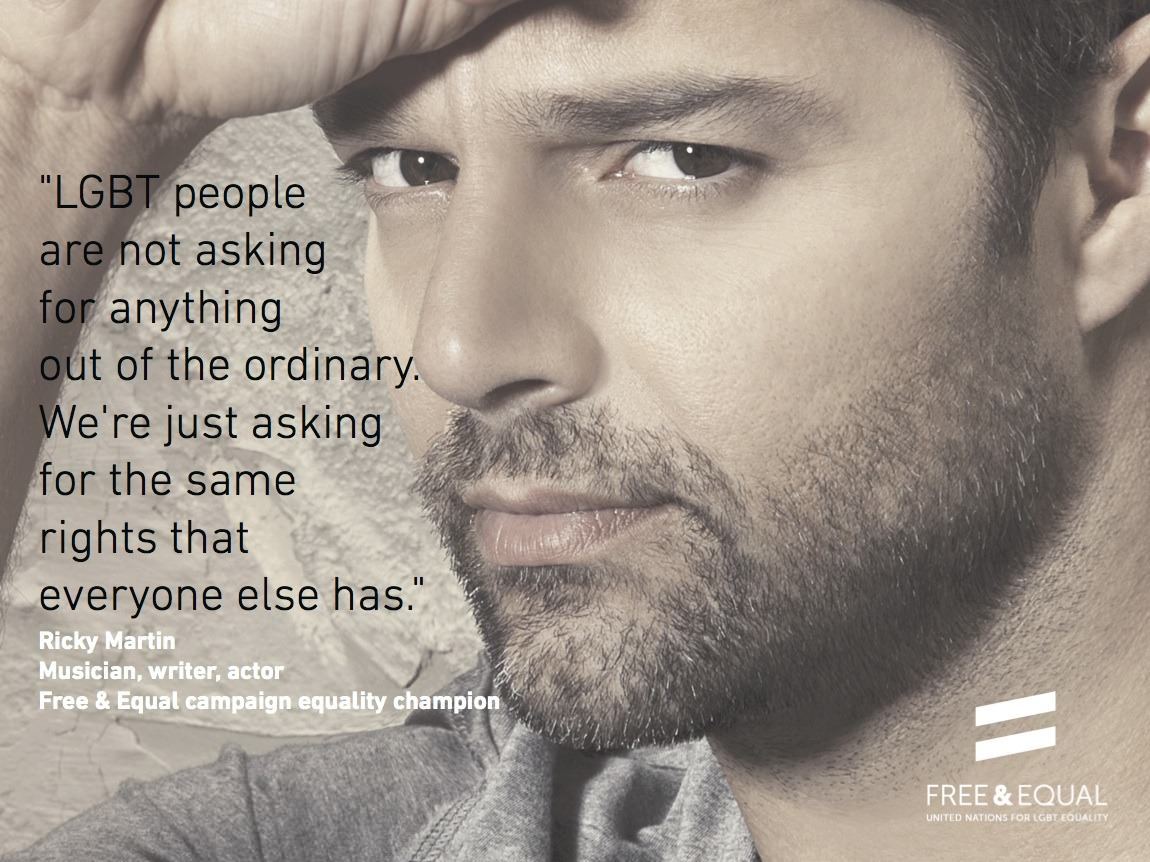 HERE’S WHY RICKY MARTIN IS AN EQUALITY CHAMPION. 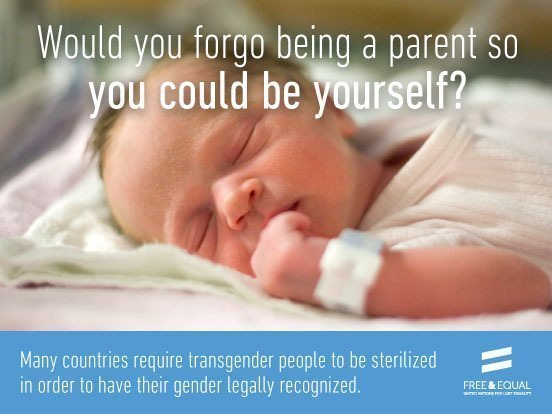 COULD YOU MAKE THIS CHOICE?

There’s a good chance you don’t have to choose between being a parent and being yourself. Imagine if you did. 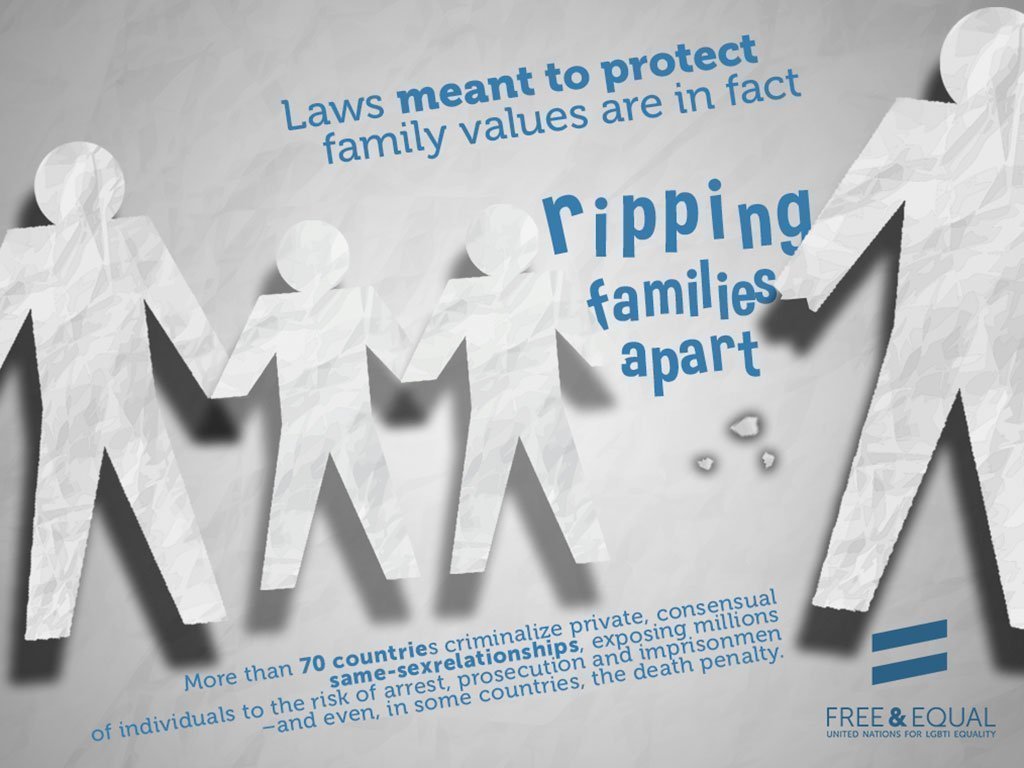 In at least 76 countries, discriminatory laws criminalize private, consensual same-sex relationships, exposing millions of individuals to the risk of arrest, prosecution and imprisonment – and even, in at least five countries, the death penalty. Criminalization of consensual same-sex conduct violates rights to privacy and to freedom from discrimination, both protected under international law, and places States in material breach of their obligation to protect the human rights of all people, regardless of sexual orientation or gender identity.